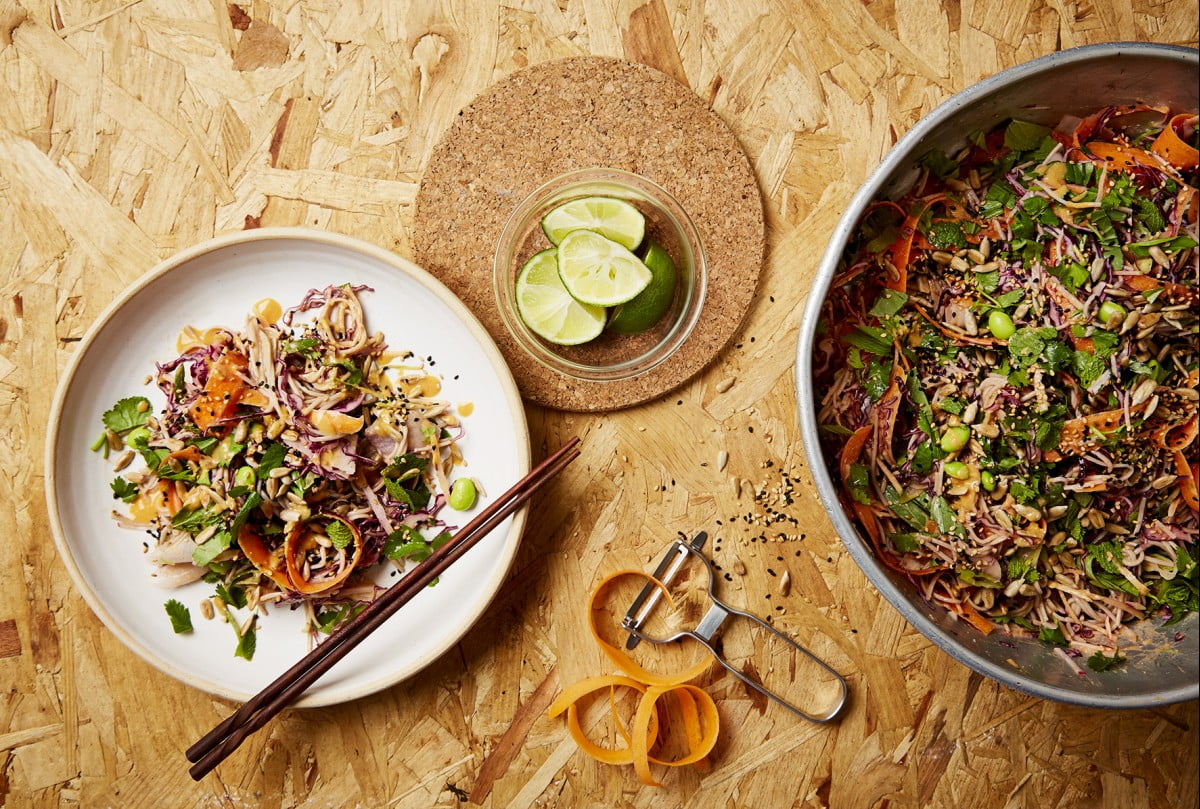 A dish that reflects a land of sunshine: apricot, buffalo cheese, kale, and crunchy seeds, all doused in a tangy dressing
Thomasina Miers

Californian meals are sunshine meals: sparkling, crisp, and golden. Like Mexico, the kingdom grows bountiful fruit and veggies, and this sparkling produce seems to outline its delicacies.

Vegan meals are all of the rages on the West Coast, and you may adapt this salad by swapping the burrata for a similarly creamy and delicious avocado. Serve as a starter or as part of a beautiful alfresco dinner party.

If you may’t find burrata, use mozzarella tossed in a little olive oil and creme fraiche as an alternative.

Heat the oven to 200C (180C fan)/390F/ fuel 6. Arrange the apricot halves reduce aspect up on a roasting tray and sprinkle with the sugar, two tablespoons of olive oil, and masses of salt and pepper. Scatter the herbs over the apricots, then roast for about 20 mins until golden. Lay the pumpkin seeds on a separate roasting tray, mix with the olive oil, paprika, soy sauce, and sugar, then season. Roast in the identical oven for 10-12 minutes, stirring midway cooking, until properly toasted and overestimated. Set each of the apricots and seeds aside to chill.

Dads Get the Least Sleep When Their Kids Reach These Ages